I give you introductions to ride on a train in Tokyo. These tips aim to people who wants to live in Tokyo or some places in Japan. Maybe it's overkill if you just come to Japan for sightseeing.

Since I'm a native Japanese speaker and as it is said that many Japanese people are not quite good at speaking in English, my explanation is not so good, either. So if you feel some sentences, phrases, and paragraphs are odd, I would appreciate if you contact me on twitter or comment it in the last section.

The Japanese version is here -> わらうなんてぜったいにゆるさないぞ電車ネイティブ（田舎から出てきた人への都内での電車の乗り方Tips） - Heppoko Binbo Yarou no Newbie Nikki (It's not the exactly same version, though.)

Anyway, let's get started to explain.

I don't know your background. So, I'd like to start to explain about trains in Tokyo from basics.

Tokyo has 30 million population, and population density of the central Tokyo is 15,000 people/km2. It means each person can use only 66.6m2(about 8m x 8m area). This is insane, isn't it? We are being jammed into such a narrow spaces whenever we work, study and play. (Actually Tokyo prefecture is not exactly Tokyo itself. When non-Japanese people refer to Tokyo, it's a metropolitan region near Tokyo prefecture. However I use Tokyo as the region in this whole article.)

Japan's economics is basically depended on Tokyo, the most biggest metropolis in Japan. One third of Japan's GDP is yielded by Tokyo, though other 46 prefectures are there. So is the population. Tokyo has one fourth of Japan's population.

Because of such a density, we use not cars, but trains. Cars are not efficient for abnormally many people to move from A to B. Cars are still main transportation means even in Tokyo, but we mainly use trains. 99% of people in Tokyo are forced to use trains. And, sadly, so do you.

How to get on a train is a hard task!

Even native Japanese people can get lost easily, especially in Tokyo. So basically it's difficult to be achieved that without a problem. Keep in mind that it's not appropriate to despise of yourself simply because you failed to ride on quickly. It's not an easy task.

We ordinarily use trains as commute methods. So basically trains are crowded in the morning and evening on weekdays, especially around 7:00 or 8:00 is the most crowded time, because a lot of companies start to work at 8:00 or 9:00. I highly recommend that you avoid this time unless you must do it. All of the times are of course Japanese Standard Time(JST, UTC+09:00)

Trains are run by varied companies. For examples, JR is the most dominant company in transporting system fields, and other companies cannot be ignored, which names are like Seibu Railway(西武鉄道), Tokyo Metro(東京メトロ), Tokyo Kyuko(東京急行), and so on.

You don't need to memorize these AT FIRST. Unless you plan to live in Tokyo, no need to know. Just note that there are a lot of train companies.

Basically, if you transfer from a train to another train which doesn't belong to the same company, you must buy another ticket to ride on.

I didn't intend that the explanation is so long... but anyway, don't miss the point that you should insert a ticket into the machine several times if you change the lines of the transporting company. Annoying? Me, too.

That is why the followings are very important.

No Tokyo-nian buy a ticket in a ticket counter in Tokyo.

We use Suica or PASMO, which are electronic money cards, like these images.

(I cited it from here. https://www.japan-rail-pass.com/common-questions/difference-Pasmo-Suica)

Using Suica or PASMO, you don't have to buy tickets. All you have to do is buy the card and put your money into the card.(Japanese people call "put money" as チャージ(charge); we consider the behavior as well as to charge a car battery.)

Still, you have to top-up(put your money into) the card in a ticketing machine, but you won't be bothered by "Where is my destination in this map!?" or "Which coins are how much!?" 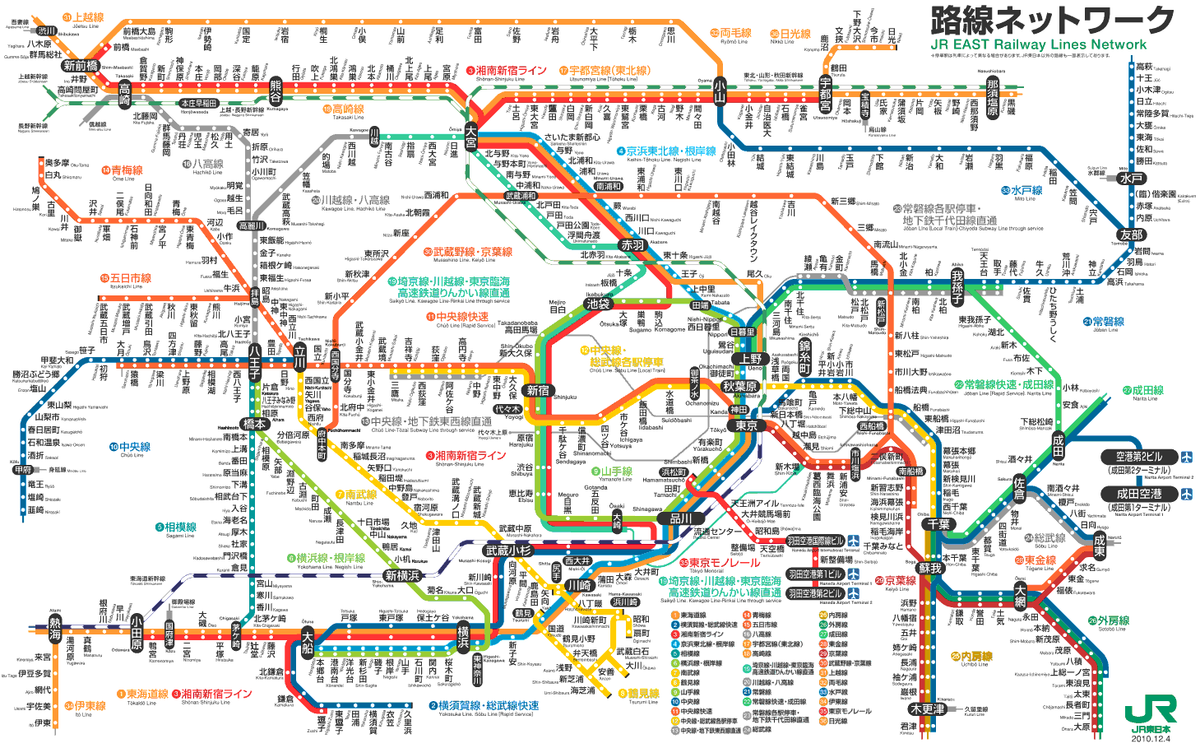 Go get an app which explains how to transfer

All Tokyo-nian uses an app to get on a train. You easily get lost if you don't use it, surely.

I found a nice app in App Store and Google Play.

Using this app, you don't have to think how you go. Obey the instruction of the app, so the way will be shown up in front of you. It shows up like this. (This is the iPhone version.) 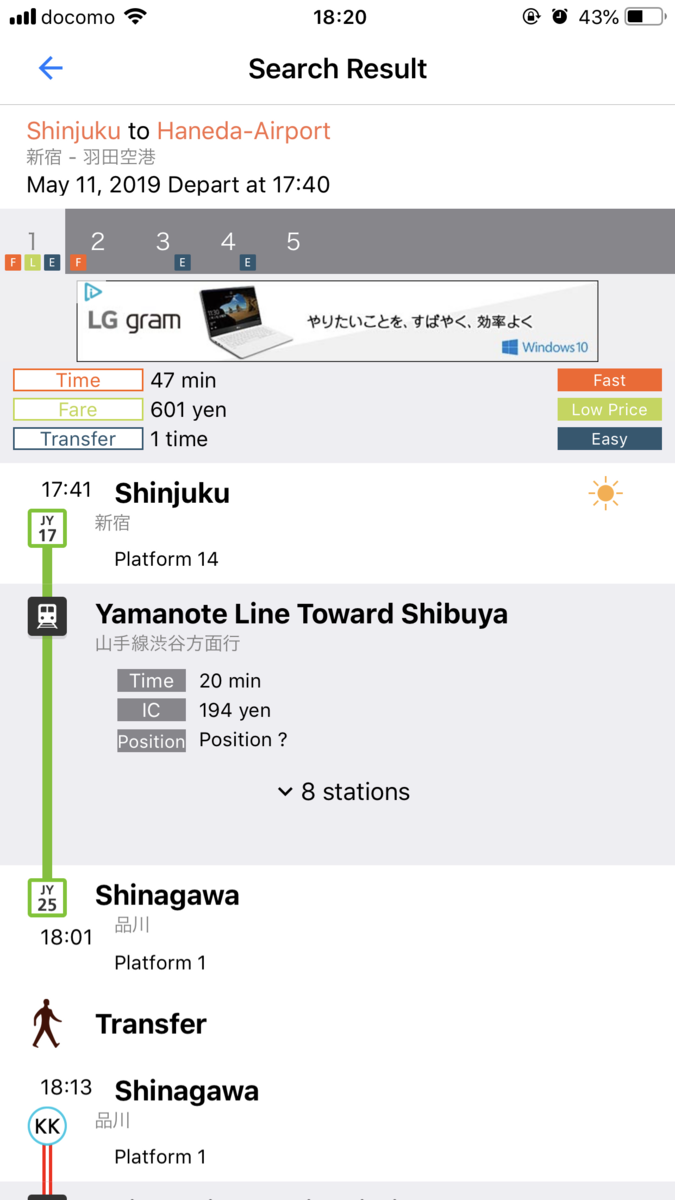 So the internet connection is very important to search for anythings.

Yes, certainly it's so expensive to surf on the internet in foreign countries, but it's worth using in other countries, because you can google anytime.

In Tokyo, some places implement Free Wi-Fi, but not always! Rather, there are almost no-internet places if you do not pay!

The app is like a consultant. If you get confused, just input the current time, the current station, and the destination. Magically, answers will be displayed. What a kind era today is.

I want to conclude as the followings.

Thank you for reading! 😆🍙